The current staff complement of Baitseanape Consulting Engineers is as follows: 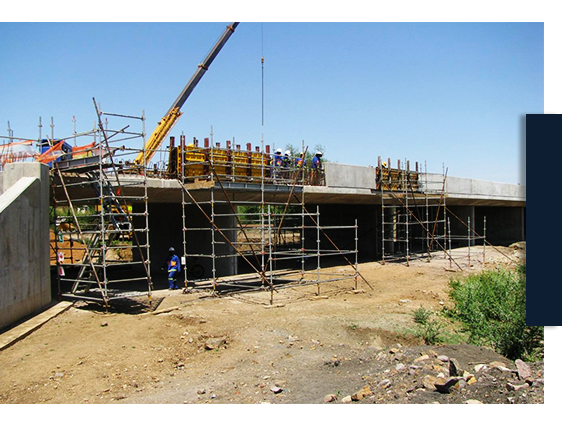 Ephraim has been involved in engineering projects ranging from structural engineering, roads and stormwater, water and sanitation infrastructure for the past 19 years. He possess relevant technical and project management experience in Civil Engineering for both Public and Private Sector Projects. He gained experience while working for leading and reputable Consulting Engineering firms in South Africa.

Themba Mthembu started his career in September 2000 with Lesego Consultants in Pretoria. He gained valuable experience in roads and stormwater, water and sewer reticulation design, working under experienced Professional Engineers.

He joined Gill & Associates in July 2005 as a Civil Engineering Technician. He was involved in roads & stormwater and building projects as Project Manager. He was promoted to an Office Manager position in 2007. He was responsible for office administration, project management and marketing of the firm in Mpumalanga and Gauteng Province.

He was recruited by Mopicon Construction in June 2009.He was employed as a Contracts Manager responsible for bulk water supply projects in Merafong areas.

Themba joined Tsiboga/Thodi Boikanyego Construction as Contract Manager in June 2010.He was involved in the construction of Medupe and Kusile Power Stations. His roles and responsibilities were supervision of steel fixing works.

Mr Matlala Stanley obtained his National Diploma (Civil Engineering) from the erstwhile Witwatersrand Technikon. In 2001, he joined RUTHCON Civils as a Trainee Technician then promoted to the position of Site Engineering Technician. He was in charge of road construction projects across the Gauteng province. Shortly thereafter, Stanley joined MATJI & ASSOCIATES in 2004, implementing and managing water reticulation projects in Limpopo.

The period from 2006 to2008 saw Stanley as a Senior Engineering Representative at NINHAM SHAND. He was in charge of massive projects for SASOL and ESKOM. He was instrumental in the construction of a R2.5bn bulk water pipeline from the Vaal river to Standerton , Mpumalanga .TSHEPEGA CONSULTING  ENGINEERS retained Stanley as their Project Manager from 2009-2011 , where he was responsible for managing projects for the City of JHB & the Roads Agency Limpopo

Stanley continued in his engineering passion at DBI CONSULTING ENGINEERS, from 2008-2013, where he was an Assistant Contracts Manager. He was responsible for roads projects for the likes of City of JHB, JRA & Ramotshere Moiloa LM. KHUM MK INVESTMENTS seconded Stanley to be their Contracts Manager in 2013-2015. He was in charge of roads & storm water projects for the following clients: DBSA; COJ & Elias Motsoaledi Local Municipality.

Currently Stanley is a Project Manager at BAITSEANAPE CONSULTING ENGINEERS having joined in 2015. The following are some of his responsibilities: